What makes Wheelock & Associates Dentistry one of the top dental offices in Sioux City is our stellar team of dental health professionals. Our staff is highly skilled and works hard to create a friendly, welcoming environment for every patient. Ready to meet the team responsible for making you love your smile! Come take a look! 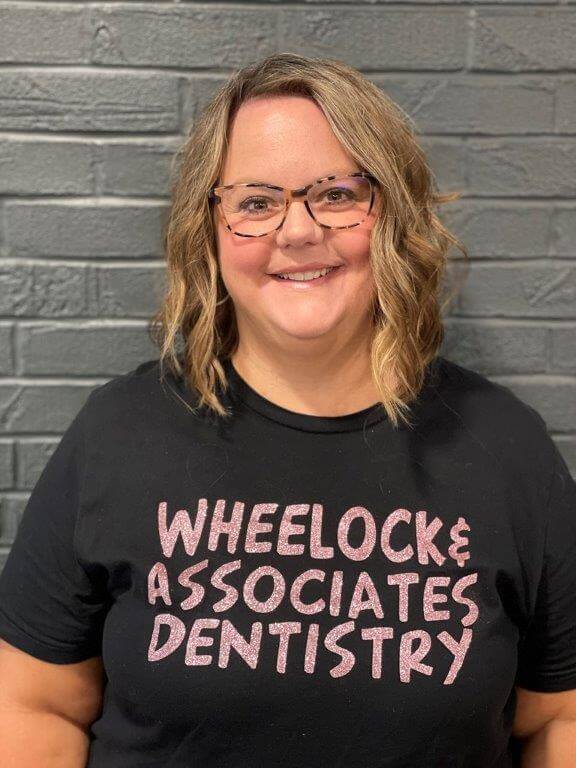 As a Sioux City native, Kelli graduated from East High School in 1995. After high school, Kelli went on to get a degree from the Western Iowa Tech Dental Assisting Program in 1997. She joined Dr. Wheelock’s practice soon after graduation in a front desk coordinator and dental assistant capacity - but has since hung up her dental assisting hat.

Kelli married her high school sweetheart, Matt, in May 1999. They currently live in Morningside with their three boys: Noah, Cale, and Iain. Outside the office, Kelli enjoys spending time with family and friends, photography, reading, and being involved in her sons’ activities. 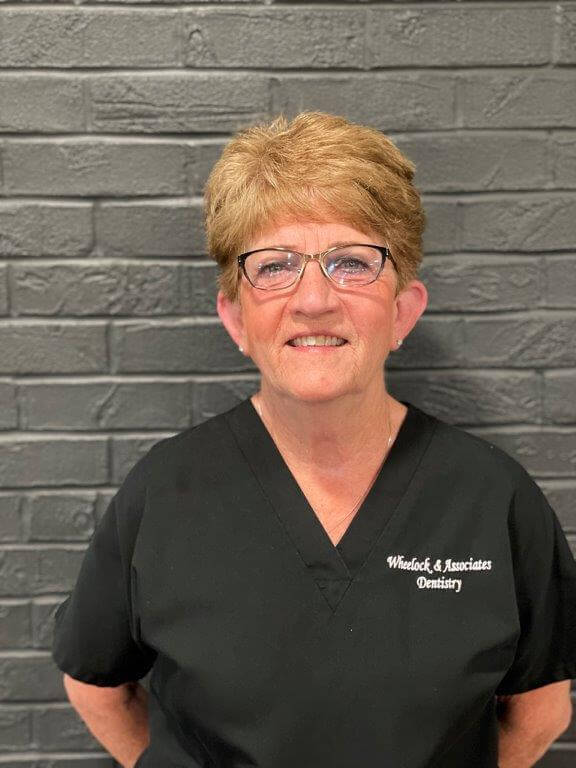 Sharon was born and raised in Sioux City, where she graduated from Heelan High School in 1969. In 1970, she completed the dental assisting program at Western Iowa Tech. Upon graduation, she started working for Dr. Morgan’s dental practice, where she met her husband Dennis when he came in for a visit as a patient.

Sharon joined Dr. Wheelock’s team in 1982 as a front desk coordinator. She has twin sons, Dr. Rory McKenna, a chiropractor in Chicago, and Dr. Ryan McKenna, a dentist in Sioux City. Ryan has two sons, Liam and Owen, and a daughter, Maren. Sharon enjoys spending time with her family and golfing. 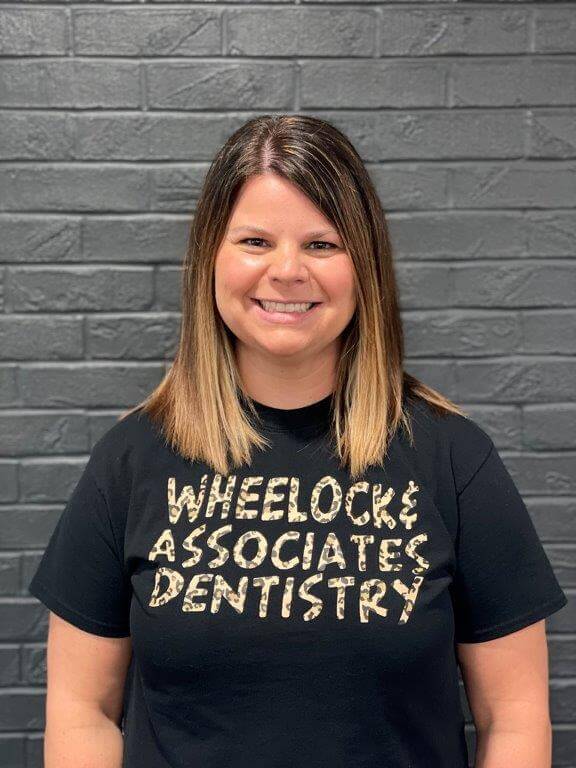 Jaime was born in Des Moines, IA, moved to Sioux City as a child, and graduated from Sioux City East High in 2003. After graduating, she moved back to the Des Moines area and earned a dental assisting certificate and an Associate degree in occupational health studies. Jaime started at Wheelock and Associates Dentistry in February 2019.

Jaime lives in Ponca, NE, on an acreage with Dan (her husband of nine years) and her three children: Nolan, Bronsan, and Saylor. She keeps busy going to school activities, sporting events, and family functions. In her free time, she enjoys boating, bike riding, reading, and gardening. 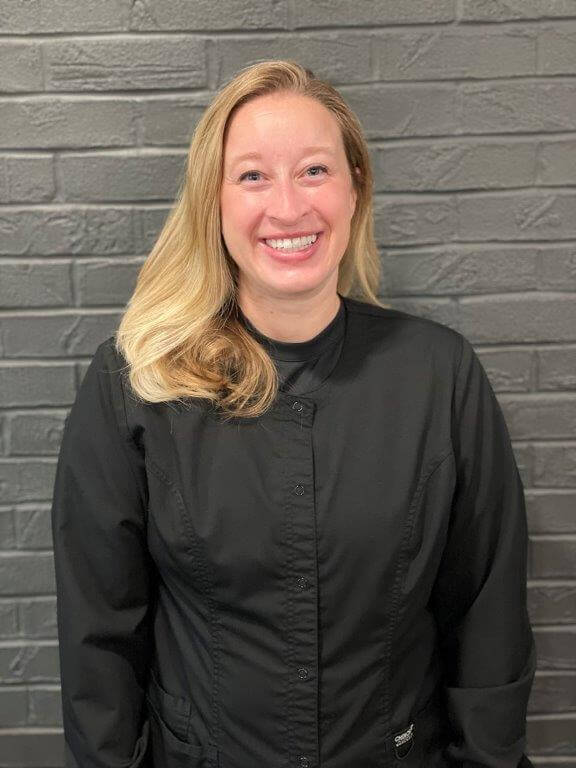 Emily grew up in Moville, IA. She graduated from Woodbury Central High School in 2004 before attending the University of Northern Iowa, majoring in Health Promotion. Following university, Emily was admitted into the Dental Hygiene program at Hawkeye Community College in Waterloo.

After graduating from the Dental Hygiene program, Emily then worked in Iowa City before moving back to her hometown in August of 2009. She joined the Wheelock & Associates team in November 2009.

Emily also enjoys spending time with family and friends, golfing, reading, playing with her dogs Baxter and Winston, watching the Iowa Hawkeyes, and the Boston Red Sox. You can find her supporting Woodbury Central wrestling in the winter while her husband, Jake, coaches the team. 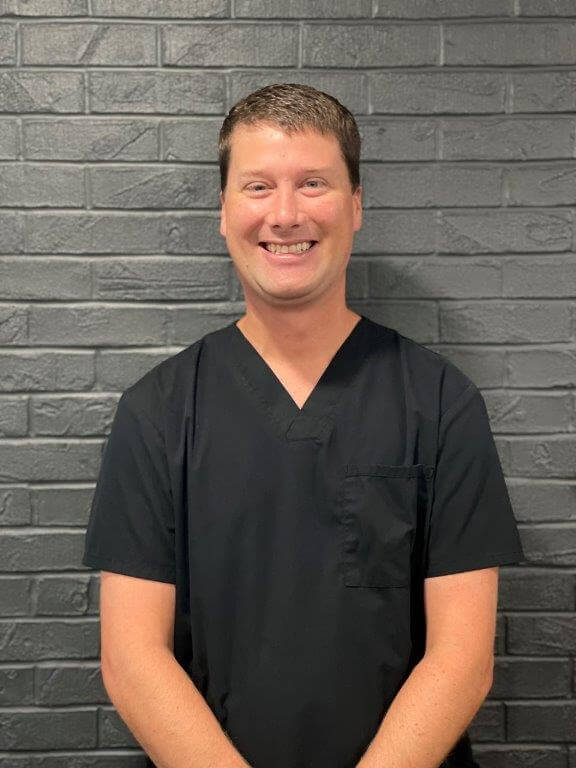 Kevin was born in Ogden, Utah, but moved to New Mexico, Kansas, Alabama, Texas, Washington, South Dakota, and finally to Iowa. In 2001, he graduated from McCook Central High School in Salem, SD. Kevin then attended the University of South Dakota, graduating in 2005 with a bachelor’s degree in dental hygiene. After graduation, Kevin moved to Sioux City and worked in LeMars and Vermillion. Kevin joined Dr. Wheelock’s team in July 2014.

Kevin married his wife, Jodi, in July 2006 and moved to Sergeant Bluff shortly after. They have five children: Anna, Brody, Cara, David, and Ella. In his spare time, Kevin enjoys being outdoors, traveling, and spending time with his family. 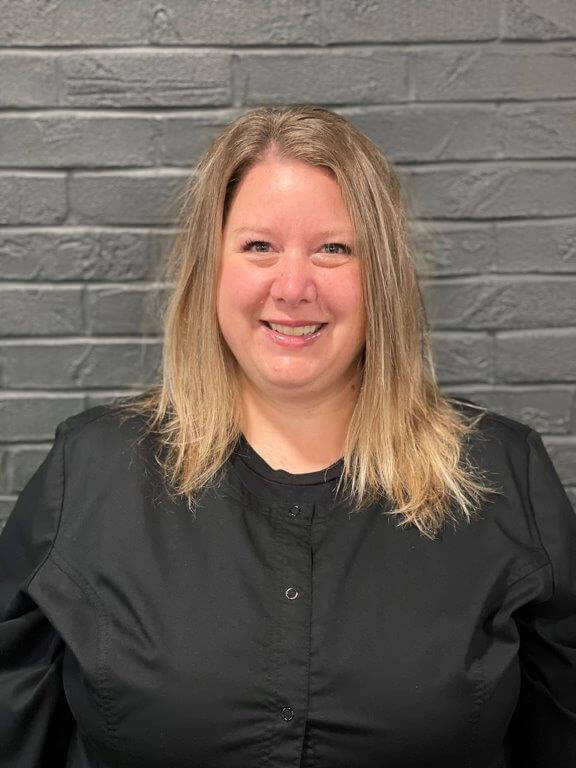 Alisha was born in Sioux City and raised on a farm outside of Kingsley. She graduated from Kingsley-Pierson High School in 1997. She pursued her Bachelor of Science degree at the University of South Dakota, where she earned a dental hygienist degree in 2000 and a BS degree in 2001. Alisha joined Dr. Wheelock’s team in February 2004.

Alisha married her husband, Matthew, in July 2005, and they live on a century farm outside of Westfield. They were blessed with two children, Brody and Morgan. Alisha enjoys spending time with her family, camping, and gardening. 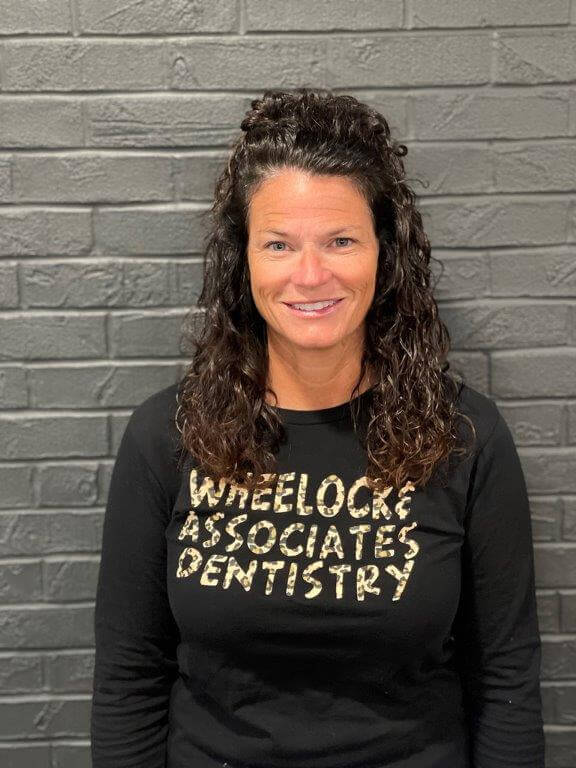 Teri was born in Sioux City and graduated from East High School. In 1999, she moved to Des Moines, where she attended Des Moines Area Community College. She graduated in 2000 from the Dental Assisting Program and again in 2003 from the Dental Hygiene Program.

Teri worked in Des Moines for several years before returning to Sioux City. She and her husband, John, have a daughter, Isabella; son, Frankie; and a pug, Matilda. Teri enjoys cheering for her children at their activities, playing golf, and spending time with family and friends. 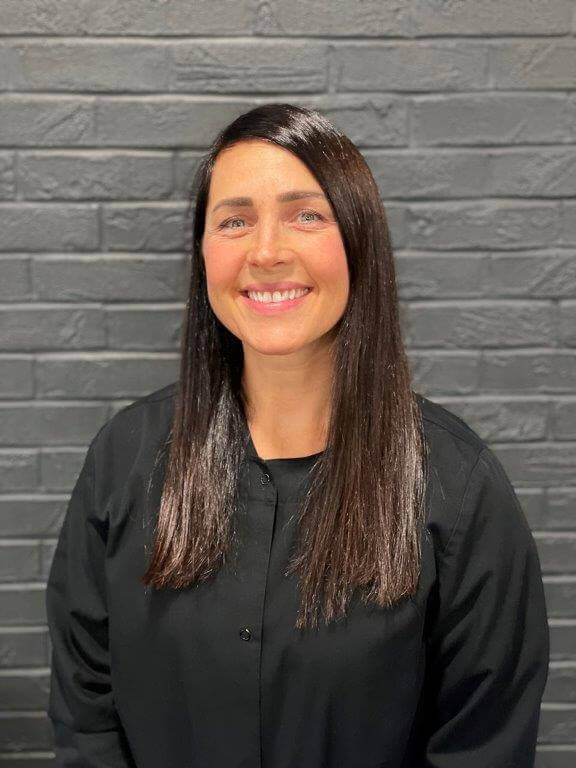 Sarah was born and raised in the Morningside area of Sioux City. She graduated from East High School in 1996 and went on to USD to earn a Bachelor of Science degree in Public Relations in 2004.

After years of sales work in the Siouxland area, Sarah decided to go back to school. In 2017, she graduated from the Dental Hygiene Department of the University of South Dakota. Sarah has been with Wheelock and Associates Dentistry since March of 2018 and is loving the new profession. 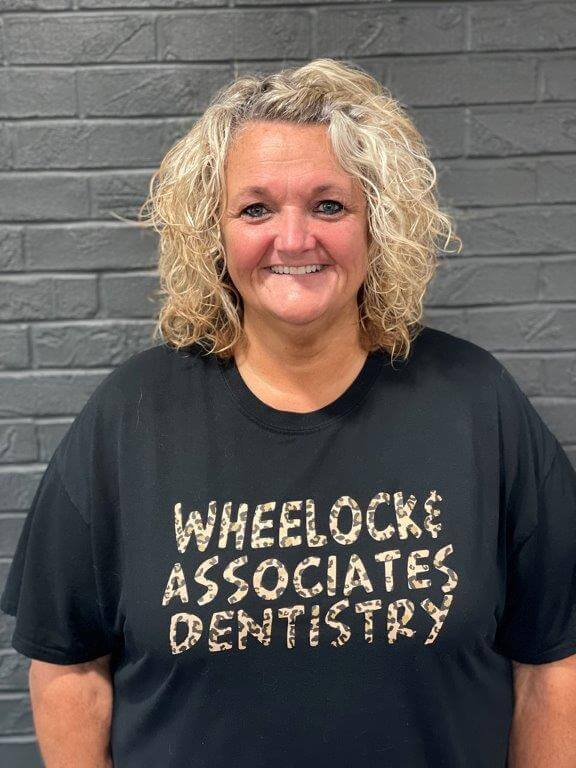 Kim is has lived in Siouxland her whole life. She graduated from South Sioux City High School in 1985 before attending the Western Iowa Tech Dental Assisting program. Upon graduating in 1986, she began working with Dr. Wheelock.

Since getting her certification in 1986, Kim received her Dental Assisting Registration in 2001, became an Expanded Functions Dental Assistant in 2006, and most recently became 1 of 7 dental assistants in the country to be certified in CEREC design. Kim has also served on the WITCC Dental Assisting Advisory Committee since 1990.

Kim currently lives in South Sioux City with her companion, Jeff. Together they have two daughters, Kristi and Aleah. In 2008, Kim and Jeff were blessed with their first grandson, Brayden, and in 2012, a second grandson, Mickey, joined the family.

In her time away from the office, Kim enjoys spending time with her family and friends and attending any football game played by Nebraska (GO BIG RED), Morningside, or the Bandits. She also loves reading by her pool (weather permitting) and driving around town singing in her 1979 little red Corvette! 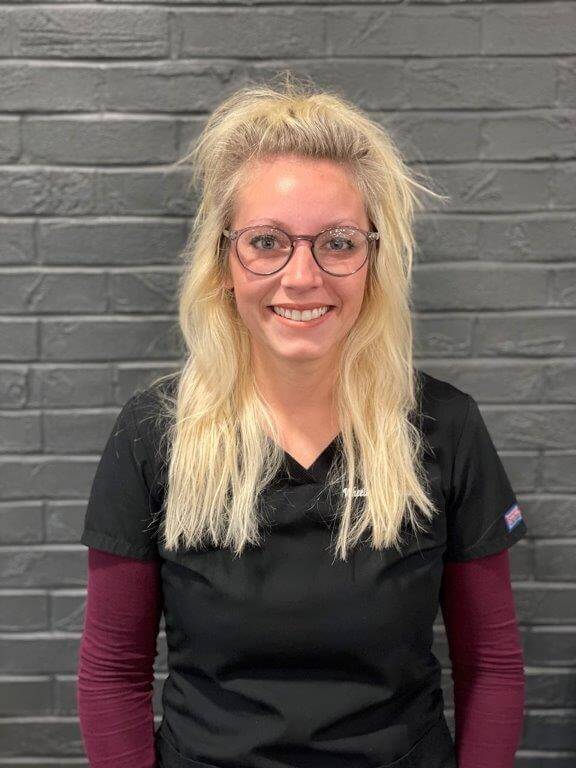 Kirsten lives in Sioux City with her son Dashel, who loves to learn. She enjoys reading, being outdoors, soap making, gardening, charcuterie, and craft beer. 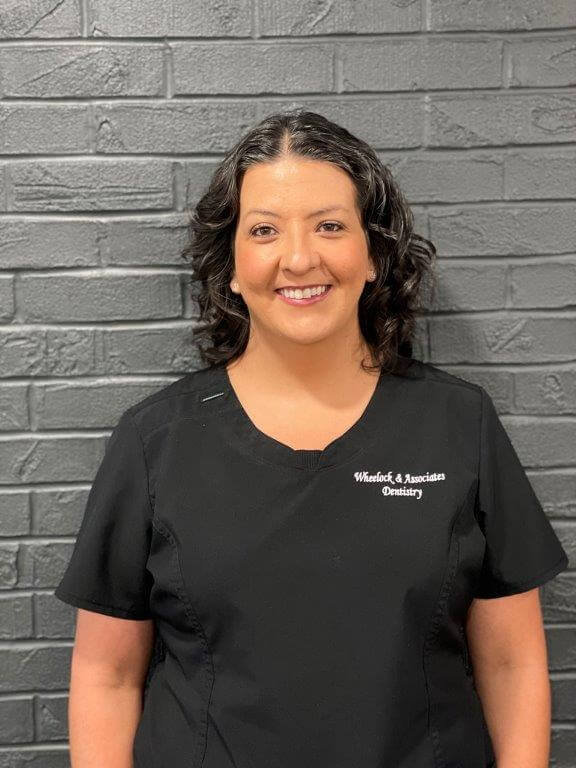 Carolina attended Western Iowa Tech and graduated from the dental assisting program in 2010, and has been enjoying helping patients smile since. Carolina is a certified, registered, and expanded functions dental assistant. Her bilingual skills help Spanish-speaking patients understand their dental options and treatments.

In her free time, Carolina loves spending time with her daughter, Diana, and her dog, Jax. Carolina enjoys being out in nature, gardening, reading, yoga, and drinking coffee. Carolina teaches chair yoga at Underground Yoga Studio in Morningside.

Thank you! Your submission has been received!
Oops! Something went wrong while submitting the form.